Here’s a modern hobbit home that uses some very sound design principles and has a decidedly organic feel to it. It was designed by Architect Javier Senosiain and was built in 1984. Javier mostly used cement with metal reinforcement to accomplish the sensual curviness of this structure.  Much of the same feel could be achieved with less impact using natural building methods such as earthbag or cob. The webpage I shared above has some great pictures and info. It might at least help inspire readers in the design and aesthetic departments.

I am not opposed to using modern materials such as concrete if I know the end result will be a long-lived, sustainable building. Take the standard earthship design for example: it uses a good bit of concrete BUT it also makes a house that requires no heating or cooling. That’s a huge savings of energy compared to a conventional modern home. An earthship also incorporates a lot of materials that would otherwise likely end up in the landfill (or the ocean). The longevity of a building is another factor to consider–if you can make a building that can last 20 times longer than a stick frame home at the same or less cost, that’s a big selling point. Click here for the story of how we built our own earthship-inspired house with earthbags instead of tires.

Living Underground is Looking More Appealing All of the Time

Let’s face it–humanity is f’n nuttier than a pecan log. I don’t say this as a judgement or to imply that we could or should be any different, but we just ain’t right–our cake is half-baked at best. With all of the craziness in the world, and climate change, and super-storms, and mega-wildfires, living underground is looking more and more attractive. Concrete has been the modern go-to for making underground structures but earthbags are a terrific medium as well. Earthbag houses have less of an environmental footprint than those made entirely of concrete. Any natural wall building method that incorporates a lot of organic material such as cob, strawbale, or timber frame, is not ideal for underground houses in most areas. These materials are prone to mold growth which could become quite a hazard to a house’s inhabitants.

Being underground, the Organic House obviously incorporates a lot of thermal mass. It’s huge, custom windows are probably aligned to allow plenty of passive solar gain (They were also probably absurdly, insanely expensive!). In a sane, resource conscious culture, these design principles would be considered for every home. I’ve also noticed that buildings with curves also have a different psychological effect than the modern, all-90-degree-angles aesthetic. Humanity didn’t evolve in an environment of mostly right angles. Curved walls just feel “right,” not to mention the groovy acoustics!

You could achieve much of the same look using mostly natural materials. The curves near the ceiling could be made with either a metal or organic mesh covered with cob. A little creativity goes a long way. I generally use thick poly plastic as a moisture barrier. To be on the safer side, you could use a thick membrane like EPDM or HDRPE. It’s claimed that the HDRPE is stronger and lasts longer AND it’s less expensive than EPDM. Yes, these materials are synthetic but they allow for an underground house that could be extremely long-lived and remain healthy for those who live there.

Personally, I am not against incorporating modern materials into natural building if it will furthering the causes of sustainability or safety. That being said, I commend anyone who is trying to lighten their impact on our precious planet. Keep up the good work!

Add Your Voice To Save Oakland Homeless Cob Village

An Interview With Jasmine Dale, Co-Builder of the Hobbit House 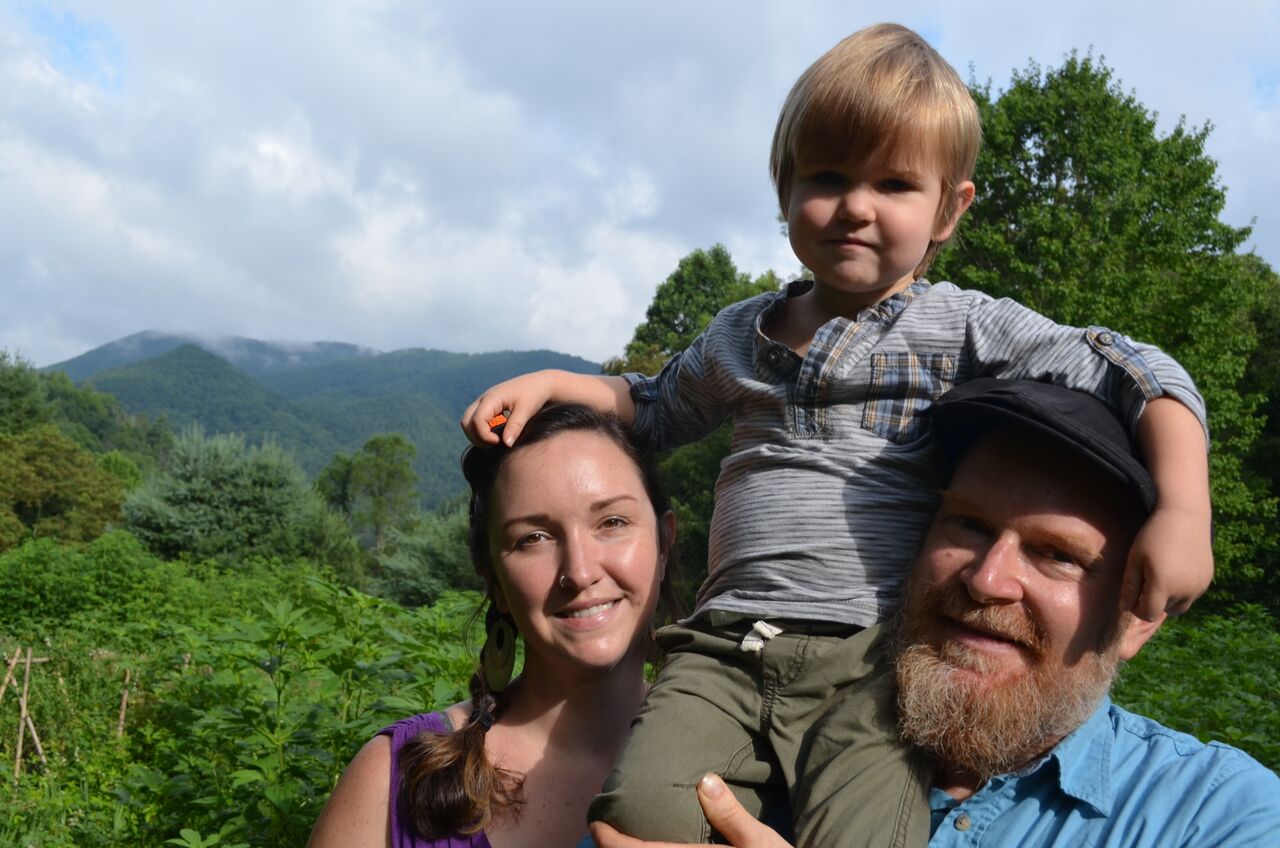 Hello all, I'm Morgan and I live in the Blue Ridge Mountains with my family. We teach natural building (especially earthbag) and sustainable living.
×
×